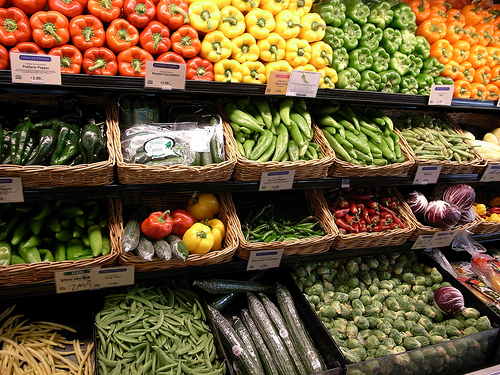 The Left is notorious for their friendly-sounding nomenclature of bills.  The American Recovery and Reinvestment Act was the phony stimulus bill; the Patient Protection and Affordable Care Act is Obamacare; Wall Street Reform and Consumer Protection Act is Wall Street regulation.  Each of these monstrosities have the same thing in common: they do the exact opposite as they’re advertised.  And that’s why S-510, the Food Safety Modernization Act needs to be stopped from turning into law.  It goes to the Senate floor for a vote the day after Thanksgiving.

This is not the Democratic party that everyone grew up with – it’s been hijacked by some of the most radical, anti-American individuals.  Make no mistake, S-510 is no difference than Obamacare.  If this passes the Senate, the House has already said they’ll pass it in its current form so it can be sent to the president.  Liberals still control the House in this lame duck session, so it’s highly likely that they’ll bundle it up with H.R. 4729, the Food Safety Enhancement Act of 2009, which the House passed and is outline below.  If passed, the government will now not only control your health care, but everything you eat.

To sum up S-510, or the food bill for short, it gives the FDA authority and power for additional enforcement, including fines, penalties, license revocations and new requirements, and control over processes and harvest.  All of this will add additional cost, which will just get passed on to the consumer, but that’s not even the worst aspect of the bill.  Here are some of the troubling elements:

So, how do you think that’s going to impact the agriculture industry?  Well, it only gets better if the House bundles it together with HR 2749.  Here are the hidden details of it:

The ambiguity is intentional.  For example, the power to quarantine a geographic area, including the transportation of food, extends well beyond food safety.  Think about people that go grocery shopping – easily 90% of Americans – they transport food; it has to get home somehow.  Notice how individuals and consumers aren’t exempt.  That’s because liberals want to control an individuals every move because they feel the individual is incapable of making their own decisions.

There is a common trend with the radical liberals in Congress:  all bills need to be passed so the country can see what’s in it.  Nobody knows who wrote the bill; Congressmen don’t even know what’s in it because special interest groups write the bills on their behalf; can we say shadow government?  Or even better, can we say spooky George Soros and his plethora of organizations hell-bent on destroying America.

This food bill needs to be stopped.  A government that has this much control also has the power to take everything away.  Between Obamacare controlling your health care and the food safety bill putting control in the hands of the fourth branch of government – the unelected administrative branch – America is going down a very dangerous path.  Unfortunately, this is what the liberals want.

Chuck Justice is the editor-in-chief for Habledash.